It's the musical equivalent of earning one of Willy Wonka's golden tickets.

Anna Saxton, who performs and records under the stage name Saxi, is flying to Los Angeles next month to embark on a six-week, all-expenses-paid musical scholarship programme.

While there, she will take part in a mentoring programme with Kenneth "Babyface" Edmonds, a 10-time Grammy Award-winning composer, producer, songwriter and vocalist who has worked with the world's top performers, including Beyoncé, Celine Dion, Mariah Carey, Ariana Grande, Madonna, Michael Jackson and Whitney Houston.

The Isina mentorship programme is a kind of talent incubator in which budding musicians are domiciled in a lavish Beverley Hills mansion while they undergo an intensive training course under the guidance of some of the industry's elite.

As well as Babyface, the participants include top DJ and producer Paul Oakenfold, and virtuoso saxophonist Kenny G, who holds the lofty title of "head of the department of instruments".

How did a bubbly 23-year-old barista from Cambridge earn her place among such prestigious company? It definitely wasn't a case of sheer luck. 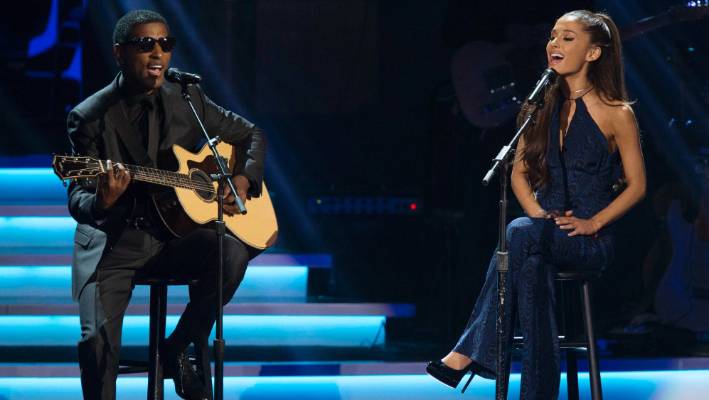 Unlike many younger pop/rock performers, she has self-managed her career, diligently training every weekend with an Auckland-based vocal coach, performing pub gigs and at corporate functions, and generally seizing opportunities as they materialise.

And her forthcoming trip is not the first visit to Los Angeles she has scored. In 2015 she was invited to attend a red carpet event at the Los Angeles Music Awards on the back of entering the pop artist and international artist of the year awards.

It was while doing online research that she happened upon the Isina website and thought it might prove an opportunity to gain industry experience and contacts.

"I thought, this would be awesome, and I applied ... I got an email in June asking if I was still interested in coming over."

To Saxton's surprise, Babyface himself had listened to her tracks and said he was impressed by her "powerful, soaring voice and emotive lyrics".

Those applying can submit demo tracks to the site, which are then appraised by the programme's facilitators. Thirty applicants are selected for each six-monthly intake and the student deemed to have excelled the most earns a recording and distribution deal through Universal Music.

There are additional training sessions in live performance, and even lessons in how to get the most out of photo shoots.

Saxton is so far the only New Zealander selected for the course, alongside young musicians from Australia, India, the UK, Russia and the US.

It's a highlight on what is already proving a memorable career. Saxton began to write songs when she was 13, initially with a cousin she performed gigs with.

"There's been quite a lot of music in my life, although all the way through school at Cambridge High, I was mostly a sporty person. It was only in year 13 that I really got into music again."

For 15 months, she was the lead singer of a Cambridge-based band called Contrast Theory. However, it was in 2011 that her brother, in a stunning show of sibling largesse, shouted her some recording and production time in York Street Studios in Auckland that she was "bitten by the industry bug" and things began to take off.

The result of those sessions was a track titled Voodoo Doll, which was entered into and got as far as the semifinals of the UK Songwriting Competition in 2012.

Determined for her success not to be just a flash in the proverbial pan, more recording sessions at York St followed. She also signed up for vocal coaching with Auckland-based singing tutor Stuart Clarke, with whom she has been training every weekend for the past two years.

"I've spent thousands on my voice, but every cent has been worth it," she says with a laugh.

"I started out quite rocky - I wanted to be a real rock musician at first. It was as I got older that I found myself becoming more of a pop singer. I have definitely more of a pop-electronica sound now."

Her sessions with Stuart Clarke led to an opportunity to get vocal and development mentoring with American vocal coach Dave Stroud and English singer and X-Factor judge Daniel Bedingfield. Most recently she attended a vocal workshop and vocal mentoring by another world-renowned vocal coach and vocal scientist John Hennny, who has worked with Katy Perry and the Glee cast.

In 2015 she received a $6000 grant from New Zealand on Air to film a video for her single Lipstick. The video, directed by Shae Sterling, received airtime on New Zealand music channels and has racked up almost 43,000 views on YouTube.

In the meantime, she has been working in her cafe barista job and has studied music at Wintec,

​"I'm not much of a theory person and I found a lot of the study at Wintec quite hard," she admits.

While the academic side of songwriting is not to her taste, Saxton has mastered the art of hard grafting to further her career - particularly when it comes to making the most of her growing list of industry contacts. While she is in Los Angeles she has already arranged to work with former American Idol finalist Jesse Lyons on an original collaboration, outside of her time at the mansion.

"Even if I don't come out on top in the Isina programme, it will still be an amazing and valuable experience for me. I'll definitely be mixing and mingling with the right people.

"If the main thing I get out of it is some industry contacts, it will have been totally worthwhile. But I'm sure I am going to get a lot more out of it than that."